Our last evening in Idaho was spent looking at a horrible hippie built property in Sand Point, and then taking Mags to the lake at Bayview. What a wonderful spot! We played and waded and then went back to the trailer at Granite Lake to prep for the next day’s move. I found it interesting that Bayview is the testing ground for new submarine tech by the US  Navy. Read the fascinating story here! 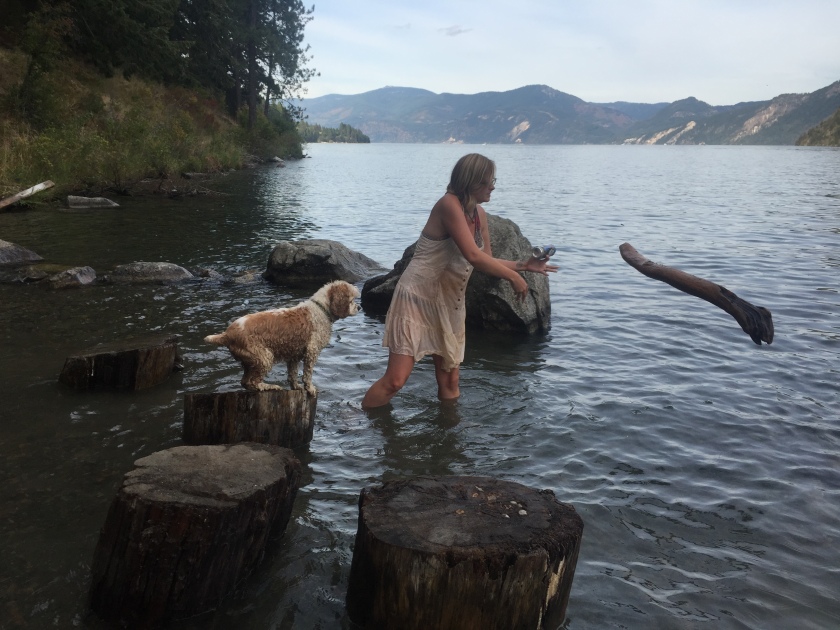 Got up early on Sunday morning and headed west! After visiting the park and gardens in Spokane, we headed out to Rainier. Alas, it was not to be, we had a tire detread just west of town and had to pullover, detach the trailer, remove the tire and go hunting for a replacement. A minor but annoying delay. Still not bad for a dry rotted tire after 7000+ miles. And they have the best bilboard combos in Wa. 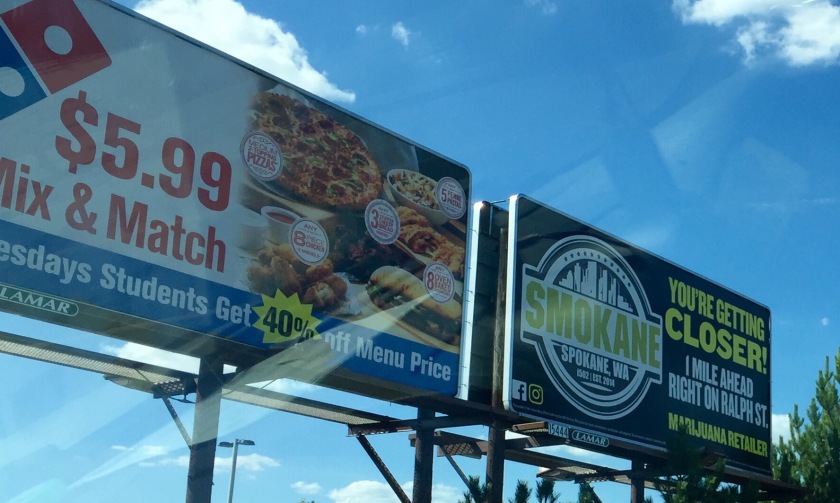 After some traffic backups and mindnumbingly boring miles, we descended into the Columbia river basin! The views from the gorge were gorge-ouse! (Ha!) Just to remind you, we were in the at the headwaters of the Columbia river just a few weeks ago in Golden BC, and the abathasca glacier.

It was getting late so we grabbed a quick bite at the Blue Rock, where they had these in the men’s room. I’d just like to state for the record that Asheville, AKA Beer City, should be ashamed of itself for not having urinals like this!

we bedded down at a rest stop overlooking the twinkling lights of Yakima.

this morning we woke up early, and drove to Rainier National park! What a wonderful scenic drive. And then… WE FOUND THE MOST ROCKIN’ CAMPSITE EVER!!!!!!!!!!!!!’

Surrounded by tall pines, huge rocks, moss, and less than a half mile from the park. And it’s free and secluded! We may never leave!

Dedicating this one to #davidcrosby . Our house on