Up in the Columbia River Gorge is a gorgelet (for lack of a better term) called Oneonta Gorge. Below you will find a picture of the waterfall at the end of your hike. It’s a short 1/2 mile hike…. 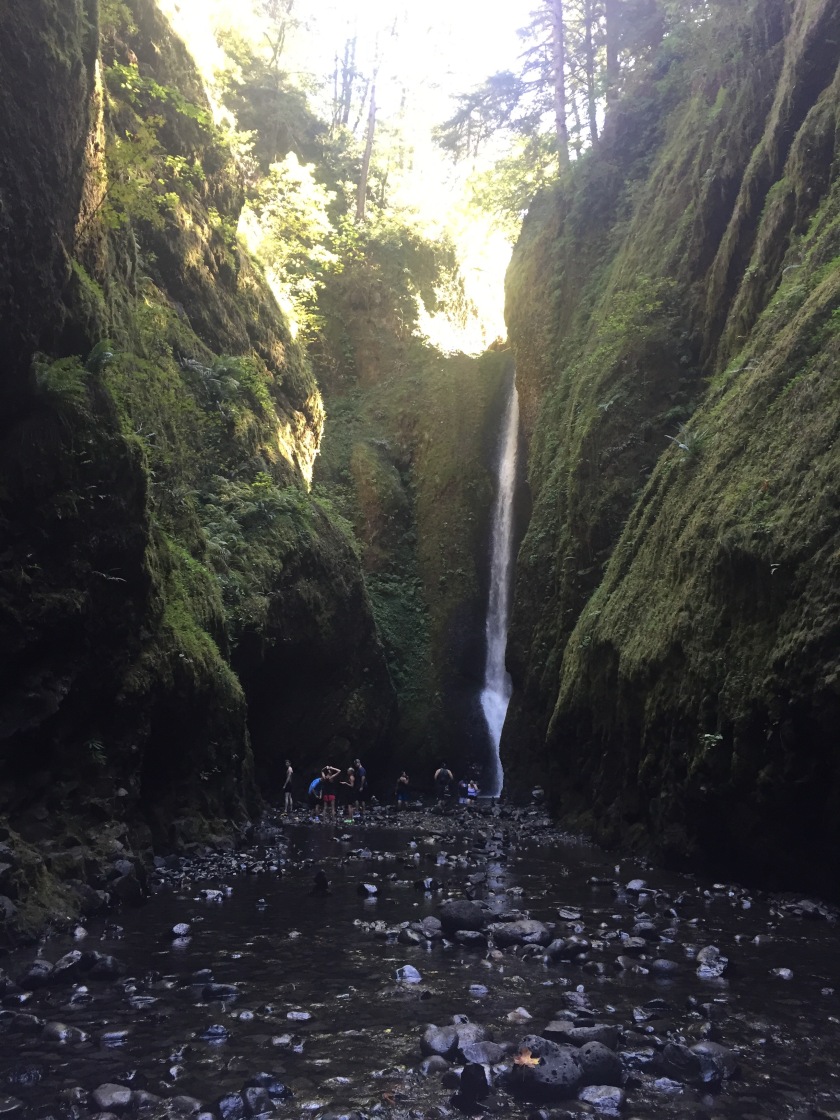 It starts with a scramble over a HUGE logjam, slippery and treacherous. There are many ways to wheedle your way through, and many ways to fall through. Here cate makes her way over the Jam. We had the forthought to wear our sandals and wettable clothes.

Some folks didn’t do their homework. we saw people in skinny jeans, chuck taylors, and various other wardrobe choices doing their best to keep dry (notice in the picture below, the guy clinging to the rock on the right trying to avoid the water…he didnt succeed) After logjammin’😉 The path becomes almost entirely submerged until at one point you are nipple deep! That water is COLD!

Hopefully there are no leeches in the water!

The Columbia river valley is wonderful however, and is reported to have 99 waterfalls, and as I said in my last post, this was the endpoint for Lewis and Clark! 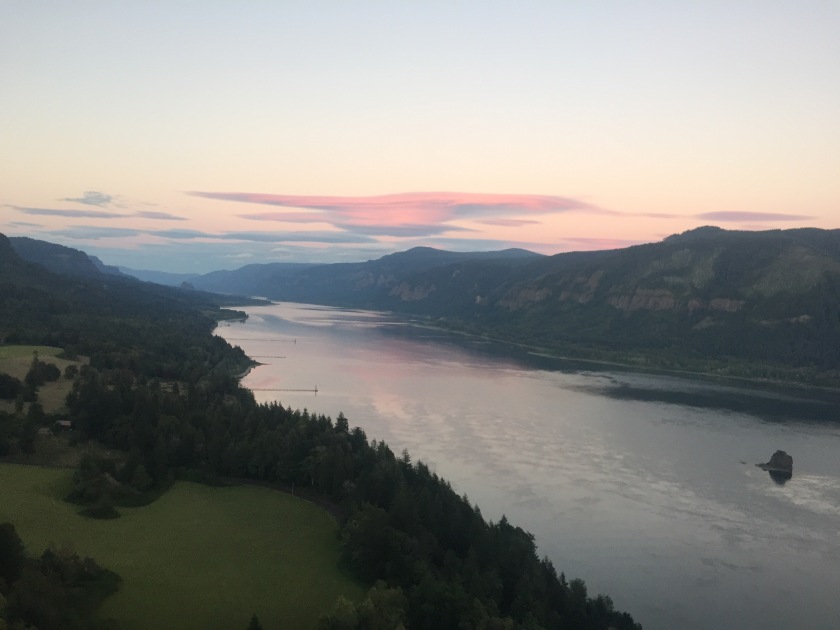 Adventure dog enjoing the spray from Latourell Falls, notice the volcanic basalt formations. I saw this also at fingals cave in the lower hebrides off the coast of the Isle of Mull, Scotland. Absolutely stunning!

And now to ipads….

Shortly after our water hike, I pulled over to check a map and saw what appeared to be a notebook on the side of the road…. Upon walking over and picking it up, i saw that it was a rose gold late model ipad, the screen was shattered but it still worked. I kinda figured i would take it to the apple store in portland and see if we could unlock it and get ahold of the owner. I climb back into the truck pull out onto the road and drive another 1/8 of a mile or so and see a red square in the road… Making a joke to cate I say… Oh look! Another iPad. We pull over and i go over and sure enough… A rose gold ipad with a shattered screen. Now this begs the question, did a couple get in huge fight and throw their ipads out the window? Was it, as Randy speculated, a dad tired of his kids on the ipads, or even stranger, could it be completely seperate incidents? Anyway, we did go to the Apple store where we were told there was nothing they could do. So we will wait and hope that the owner(s) use the find my ipad feature and send us a message. If not, we’ll replace the screens and sell them I guess. Anyway… Another day on the road!

In addition to my original oil paintings, I also h